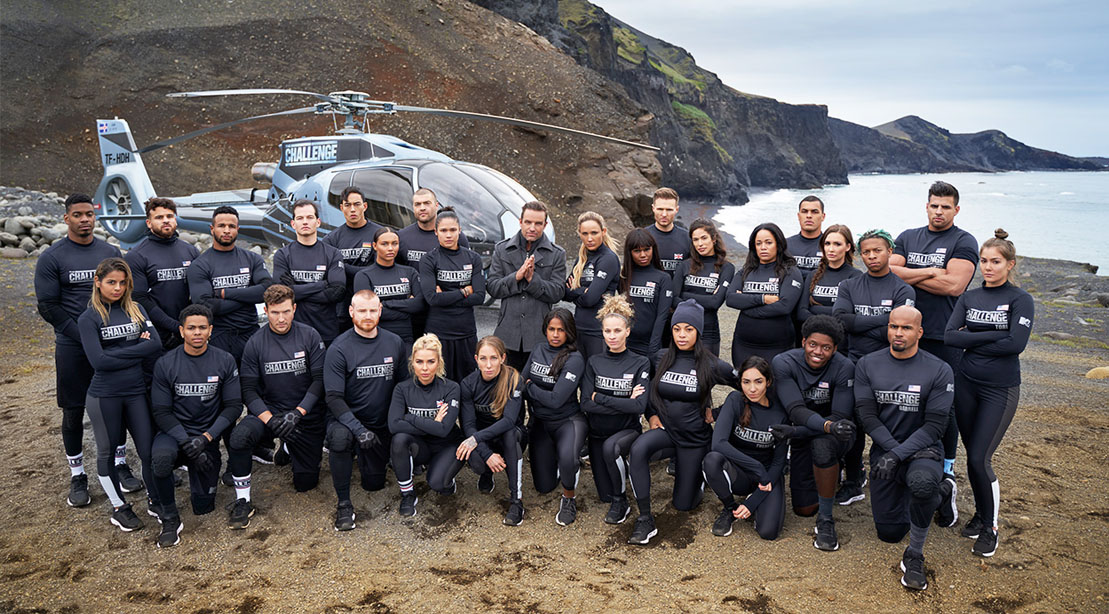 Thomas Joseph Lavin is a legend of extreme sports. His exploits on a BMX include taking X Games gold three times, and in 1995, he was crowned the “King of Dirt” for his success in dirt jumping. His experience with adrenaline-fueled adventures made him the perfect choice in 2008 to begin fronting Season 11 of The Challenge.

But following a serious crash in the Dew Tour event in Las Vegas in 2010, Lavin suffered life-threatening injuries: fracturing his wrist, ribs, and an orbital bone. The prognosis was so bleak that doctors placed him in a medically induced coma. Thankfully, Lavin is made of strong stuff and has been on the road to recovery ever since.

He’s now into his 15th year with The Challenge, and during this time, has seen it all. Lavin has become a mentor to the contestants, and is still very much a fan of the show. “The challenges that involve skill. Anything that needs super agility, that’s what I love,” says Lavin.

Off camera, Lavin is very hands-on, and is keen to try out many of the tasks before filming begins, but even the dirt bike legend has limits. “Anything that has anything to do with eating, I don’t want any part of it,” Lavin says, laughing. “I think it’s ridiculous … that’s something I don’t want to do.”

On The Challenge, contestants compete by taking on physically and mentally taxing games including climbing a rope that is dangling from a helicopter, dragging weights through mud, and complex puzzles that require nimble memory recall. With big prize money at stake, TJ is keen for every guy and girl to put in their best effort. “I know how it is to compete, and I know how sad and sick you would be about not performing to the best of your abilities,” says Lavin. “Nine times out of 10 when someone is eliminated, it is really hard for them because it’s their first time doing whatever the challenge is.”

“I’m speaking from experience. I’m not just some TV host that never did a thing in his life,” says Lavin. “I definitely know about danger… but I also know about the thrill of victory and how happy I am, when I do something that’s pretty darn cool. What a feeling, you know?”

Some contestants have drawn attention for all the wrong reasons however. Fessy Shafaat was named the “Worst Competitor Ever” by fans when he refused to eat those well-known gastronomical delights: a cup full of blood and rams’ testicles! Shafaat’s partner, Kaycee Clark, dove straight into the goodies, but she was already injured from a prior task, and so Shafaat decided that throwing down the animal innards would be a waste of time, since he’d figured his chances of winning were slim, despite making it to the finals. “I was bummed about that,” says Lavin. “It was sickening. He was blaming it on his partner, and she was banged up, but he didn’t even try. I would have tried and thrown up, but he didn’t even try.”

In The Challenge: Double Agents, Amber Borzotra became a surprise co-winner, along with series regular Chris ‘CT’ Tamburello, earning a $450,000 dollar share of the prize money.

“All season long, she was just, ‘OK,’” says Lavin. “She was a good challenger, but she was a beginner, and then all of a sudden, ‘wow,’ she killed it. She didn’t hesitate on the eating, didn’t care about the running, she just kept going”.

The Challenge mainstay, Aneesa Ferreira is yet to win a season outright, but that hasn’t stopped her from sending a lot of people home along the way. “They sleep on Aneesa, and she is one of the best elimination players that we have,” says Lavin. “So, when the house sleeps on Aneesa, and they send in an Olympian, they’re gonna get smoked. And it’s so funny, because she has so much experience, and is so mentally good, but people just underestimate her. I love watching her in the elimination rounds … against anyone.”

Despite the passion and intensity in the heat of battle, Lavin often cracks up behind the camera as freak incidents offer to lighten the mood. From disgusting bites to falling flat on your face multiple times like Katie Coolie, the show offers as much fun as it does fear.

Case in Point: In The Challenge: Double Agents, CT walloped Wes Bergmann in the face with a flying shoe in their first competition of the season. “That was pretty funny,” says Lavin. “I didn’t mean to laugh, I was, like, ‘Oh man, I hope he’s OK,’ but it was funny!”

Still, as someone who has undertaken many dangerous stunts, Lavin appreciates the importance of making even the scariest of challenges as safe as can be. Not only are professionally trained stunt people involved with the initial testing, but challenges are also further trialed by local residents and athletes of different abilities to demonstrate that the tasks are achievable. “If a normal person can do it, then [the contestants] better be able to do it faster”, says Lavin.

The Challenges Roll On

With The Challenge: All Stars now streaming on the Paramount+ streaming service, and new challenges on the way, Lavin is in a great place to enjoy whatever comes next. He’s even following in his wife’s footsteps and embracing a more plant-based diet. “She tells me everything about the vegan world, and why it is so good for you, and good for the planet”, says Lavin. And to show that you can’t keep a good man down, the King of Dirt, now 44, can often be found on his mountain bike leaving the UFC fighters that live in his neighborhood for dust. “It’s another level of cardio for their fights,” he says.

In terms of carrying on with his hosting duties on The Challenge, the future looks great. “Fifteen years on The Challenge so far. What’s crazy is that I was a professional bike rider for 15 years, and this is my 15th year as host.”

Shaq Talks About Overcoming 2020 and His Main Health Transformation

How To Truly Be A Good Listener: 18 Suggestions From Therapists

How My Fat Loss Method Was Born – Natalie Jill Fitness

A Dermatologist’s Hack To Save Your Chapped, Peeling Lips (Thanks, Winter)